Watch the Stars on Main Street at Hall of Fame Parade of Legends Saturday, July 25

— Parade Starts at 6 p.m. and Features Hall of Fame Legends– 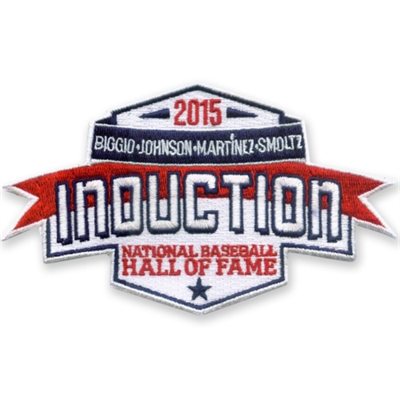 But when the Hall of Fame Parade of Legends hits town, that rate increases to record levels – thanks to the fans cheering their heroes and the Hall of Famers grinning right back at them.

The newest fan favorite during Hall of Fame Weekend, the Parade of Legends, returns to Main Street in Cooperstown at 6 p.m. on Saturday, July 25. The parade, now in its sixth year, will originate on Chestnut Street, then proceed down Main Street before concluding at the National Baseball Hall of Fame and Museum. Fans are encouraged to gather near Pioneer Park at Main and Pioneer streets for optimal viewing opportunities. Live announcements introducing all of the Hall of Fame members and participants will be featured. At Pioneer Park, event emcees will entertain the crowd with contests and activities.

Fans will have a front-row seat to catch a glimpse of the returning Hall of Famers as they parade along the route. Hall of Famers will ride down the parade route in trucks provided by Ford Motor Company. Fifty-one Hall of Famers are slated to be in Cooperstown for Hall of Fame Weekend.

Immediately prior to the Parade of Legends, the Hall of Fame Awards Presentation will be held at Doubleday Field starting at 4:30 p.m. The one-hour program will feature the presentation of the J.G. Taylor Spink Award for meritorious contributions to baseball writing to longtime Detroit Newswriter Tom Gage. San Diego Padres broadcaster Dick Enberg will receive the Ford C. Frick Award for broadcast excellence. The returning Hall of Famers will watch the Awards Presentation from seats on the Doubleday Field stage.

The Awards Presentation will also feature a tribute to the legacy and contributions of former Reds, Cardinals and Senators outfielder Curt Flood, whose test of the reserve clause via the United States Supreme Court in 1970 laid the groundwork for the advent of free agency several years later. Tony Clark, the Executive Director of the Major League Baseball Players Association, will speak on behalf of Flood. The Museum will also recognize all the ballplayers who served in World War II, with United States Navy Secretary Ray Mabus speaking on behalf of all military branches.

MLB Network’s Greg Amsinger will emcee the Awards Presentation, which is free and open to the public.

The Parade of Legends is just part of the July 24–27 Induction Weekend in Cooperstown as Craig Biggio, Randy Johnson, Pedro Martínez and John Smoltz are enshrined as the Class of 2015 at the Baseball Hall of Fame. The Induction Ceremony takes place at 1:30 p.m. on July 26 on the grounds of the Clark Sports Center, one mile south of the Hall of Fame on Susquehanna Avenue. Admission to the Induction Ceremony is free.

The 2015 Induction Ceremony will be televised live on MLB Network, will be broadcast nationally on Sirius XM Radio Channel 89 and will be available via a webcast at www.baseballhall.org.

The National Baseball Hall of Fame and Museum is open seven days a week year round, with the exception of Thanksgiving, Christmas and New Year’s Day. The Museum observes summer hours of 9 a.m. until 9 p.m. from Memorial Day Weekend until the day before Labor Day. From Labor Day until Memorial Day Weekend, the Museum observes daily regular hours of 9 a.m. until 5 p.m. Ticket prices are $23 for adults (13 and over), $15 for seniors (65 and over) and for those holding current memberships in the VFW, Disabled American Veterans, American Legion and AMVets organizations, and $12 for juniors (ages 7-12). Members are always admitted free of charge and there is no charge for children 6 years of age or younger. This institution is an equal opportunity provider. For more information, visit our Web site at baseballhall.org or call 888-HALL-OF-FAME (888-425-5633) or 607-547-7200.